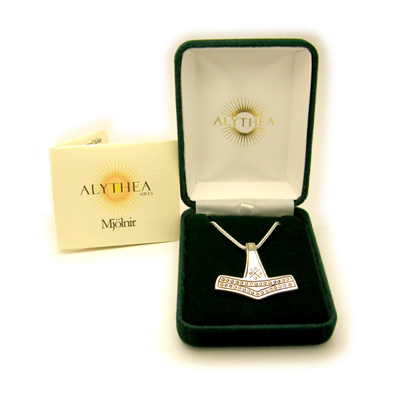 “Then he gave the hammer to Thor, and said that Thor might smite as hard as he desired, whatsoever might be before him, and the hammer would not fail; and if he threw it at anything, it would never miss, and never fly so far as not to return to his hand; and if be desired, he might keep it in his sark, it was so small; but indeed it was a flaw in the hammer that the fore-haft was somewhat short.”  — The Prose Edda, translated by Arthur Gilchrist Brodeur (1916). 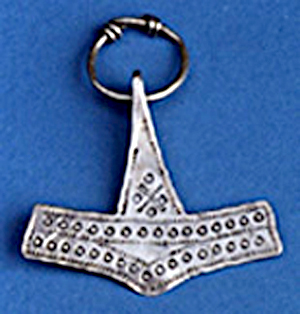 This is a replica of a,small silver pendant discovered near Rømersdal, Bornholm, Denmark originating from the 9-11th century AD. The original is now in the Danish National Museum. 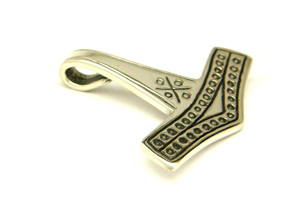 The pendant is solid, thick, no soldered ring for a chain, the chain goes right through the forged hoop on the rear.

Loki the trickster God had this hammer made in the Dwarfish underworld as a gift for Thor in reparation for some previously mischevious actions.

Click here to read the full story of the creation of Thor's Hammer - http://norse-mythology.org/tales/loki-and-the-dwarves/ 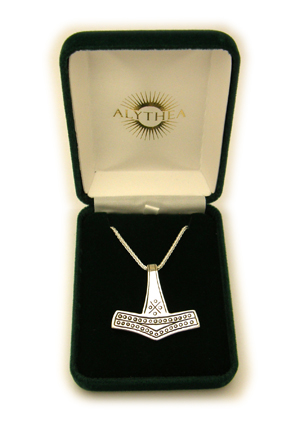 Mjölnir is usually translated to "lightning" or "thunderbolt", Thor being the Thunder God, when you hear thunder and see lightning, this is his hammer in action - crashing to the ground and coming back to rest in his hand.

This pendant is solid silver, hallmarked and smooth on the rear, weighing about 14 grams and is 1 1/2" wide and tall. The pendant includes our 18" Spiga/Wheat rope chain.

I would just love to say, I love my roadrunner pendant very ...
Whos Online
Currently 3 guest(s) and 0 member(s) online. 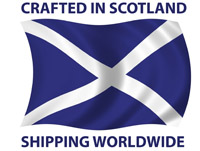